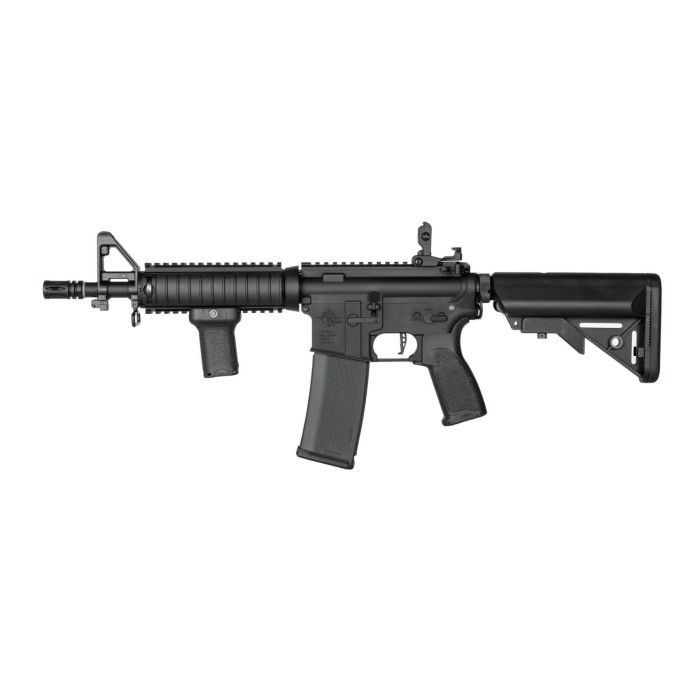 Assault rifle RRA SA-E04 EDGE 2.0 Specna Arms  is part of the new EDGE ™ series that meets the demands of experienced players, in terms of price, quality components, but also performance.

Each rifle of the airsoft series had been made with utmost care for every detail. The Nano Coating finish prevents scratches, the handle is QD type, easily accessible.

For added precision, the manufacturers equipped the rifle with a 6.03 mm precision barrel.
Helium ™ Flat Hop up bucking improves the BB spin and accuracy. Hop-up can be adjusted through the side window on the right, after pulling the charging lever back.

The package also includes an M90 spring that allows the user to play indoors and at short distances.

In terms of internal components the rifle is provided with an electric system based on a ORION reinforced gearbox ready from the factory for M140 springs.

The rifle is provided with ASTER ™ mosfet, a new model from TITAN Gate, intended for V2 gearbox. It offers a good trigger response, it is provided with a fuse that protects the battery, the motor.

The rifle is configured to be compatible with LiPo batteries.
The TP-type batteries are connected in the stock. The rifle is provided with Deans plug but the package also includes an adapter for Tamiya plugs.

The rifle is configured to be compatible with LiPo batteries.
The TP-type batteries are connected in the stock. The rifle is provided with Deans plug but the package also includes an adapter for Tamiya plugs.

The handguard is RIS type, with 4 segments of 155 mm length, on which the user can mount the tactical grip from the package and other tactical and optical accessories.
The upper RIS rail, has a total length of 330 mm. For design, the manufacturers also added 2 RIS covers that can be removed.
The SF type stock is adjustable in length. In addition it is provided with an ambidextrous QD hole suitable for mounting a tactical sling.
The user can attach a tactical sling in two points, in the mount near the handguard and on the buffer tube.
The front sight is fixed, the rear sight is flip up type, mounted on RIS rail and can be removed.
The flash hider can be replaced with a silencer or an extension barrel with a 14 mm CCW thread.
The package includes 2 mid-cap type magazines with a capacity of 125 bbs and a special design.

NOTE! Does not include battery and charger, these must be purchased separately. 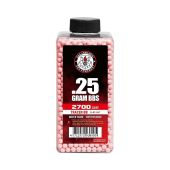